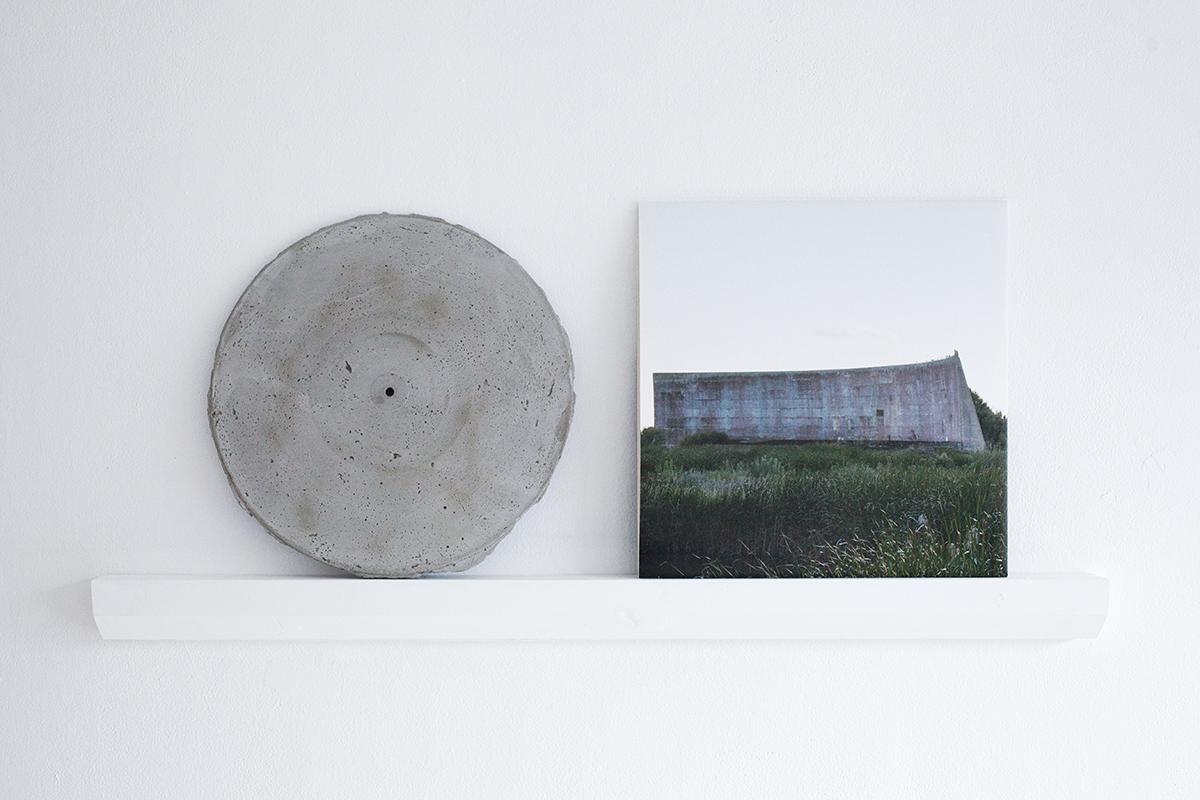 An exhibition by Christopher Willes, with contributions from Christine Sun Kim, Hildegard Westerkamp, and Anne Bourne. Curated by Xenia Benivolski.

Every sound is a small action and broke world explores historical, material, and sensory relationships between noise, listening technology, and state violence. Borrowing its title from a line in the poem “Other dimensions in music, ghostcatching” by Fred Moten, the works here initiate from the forcefulness of sound—its vibrational persistence, its material in-betweenness in relation to objects, bodies, spaces, and languages. Informed by the compositional languages of North American experimental music, the exhibition includes several pieces that explore with the physical nature of sound and examine historical uses of sound technologies by military entities.

A central element to the exhibition is a one-off LP record, entitled “Acoustic Mirrors”. Cast in concrete, the record documents sounds the artist collected at the sites of the “sound mirrors” located along the English Channel — a series of massive concrete objects that were constructed by the English military before WWII as an experiment using sound to locate incoming aircraft (pre-dating the advent of radar). The field recordings impressed onto the surface of this record detail the birds, passing aircraft, and environmental sounds found around the sites of the sound mirrors. These recordings are heard in the gallery via an ultrasonic loudspeaker, a super directional loudspeaker, originally developed by the military, during the 1960s and 80's.

Accompanying the record is an abstract audio piece entitled 'satellite', which utilizes sub-bass sounds diffused into the room via a subwoofer installed directly in the gallery wall. Working with the real- time phases of the moon's orbit (a cycle of 29.5305882 days) as its form, 'satellite' uses a software program to generate a series of bass tone "songs" that take the entire duration of the exhibition to play out. These bass tone “song”, which are often so low as to be felt more than heard (based on frequencies below 29.5305882 hz), provide a slow, almost imperceptible clock to the exhibition.These two sound works echo two moments of military experimentation with listening technologies over the 20th century, re-appropriating the technologies of “passive” psychological warfare into intimate and quiet encounters with the sonic.

The exhibition also includes a publication, entitled “start very quiet and get very loud”, which elaborates a different genealogy of thinking about, and through, listening. Bringing together an intergenerational group of artists to considering the politics and poetics of sound and public space, the publication includes work by Christine Sun Kim, Hildegard Westerkamp, and Christopher Willes. On December 13th, the evening of the full moon, the gallery hosted a concert with musician Anne Bourne in which she performed scores (voice and cello) from the publication alongside satellite, marking the last super-moon in 2016.

Christopher's practice is largely performance based and highly collaborative, and so the exhibition marks a renewed approach to working with duration and the “participation” of the viewer/audience through the crafting of unusual listening situations. Considering the cultural and technological conditioning of how we listen, the exhibition looks to experimental music practice as one which is fundamentally committed to the ambiguity of listening as a political and ethical imperative for being in the world.

The artist acknowledges the support of the Ontario Arts Council and the Canada Council for the Arts.

Christopher Willes is a Canadian artist and composer. He makes performances, music, exhibitions, and writes about contemporary art. Select projects have been presented at The Art Gallery of Ontario, The Music Gallery, In- tersite Visual Art Festival, The Rhubarb Festival, and Open Ears Festival. Collaborations include works with Public Recordings, Urbanvessel, Small Wooden Shoe, Dancemakers, Ellen Furey, Ame Henderson, Evan Webber, and Adam Kinner. He studied music at the University of Toronto, and received an MFA from Bard College.

Composer Hildegard Westerkamp focuses on listening, environmental sound and acoustic ecology. She was a re- searcher with R. Murray Schafer's World Soundscape Project, is a founding and board member of the World Forum for Acoustic Ecology and until recently was editor-in-chief of its journal Soundscape. She has taught courses in Acoustic Communication at Simon Fraser University; has conducted soundscape workshops, given concerts and lectures, and has coordinated and led Soundwalks internationally. Some of her compositional work appears in US filmmaker Gus van Sants’ films Elephant and Last Days.

Anne Bourne is a composer/sound artist who improvises parallel streams of extended cello and voice. She has worked with many awarded songwriters internationally, including Jane Siberry. Anne has created works with Eve Egoyan, Fred Frith and John Oswald, Andrea Nann and Michael Ondaatje, Peter Chin, Duane Linklater, Peter Met- tler and renowned composer Pauline Oliveros. She played on the premier recording of Pauline Oliveros’ composi- tion ‘Primordial/Lift’ in New York, 1998. Her work ‘Silo: there is beauty in decay, Agnes Varda, was presented at In/ Future, 2016. She recently performed with Pauline Oliveros, Ione, and Doug van Nort at XAvantXI Music Gallery 2016; and solo at Tone Deaf, 2016. 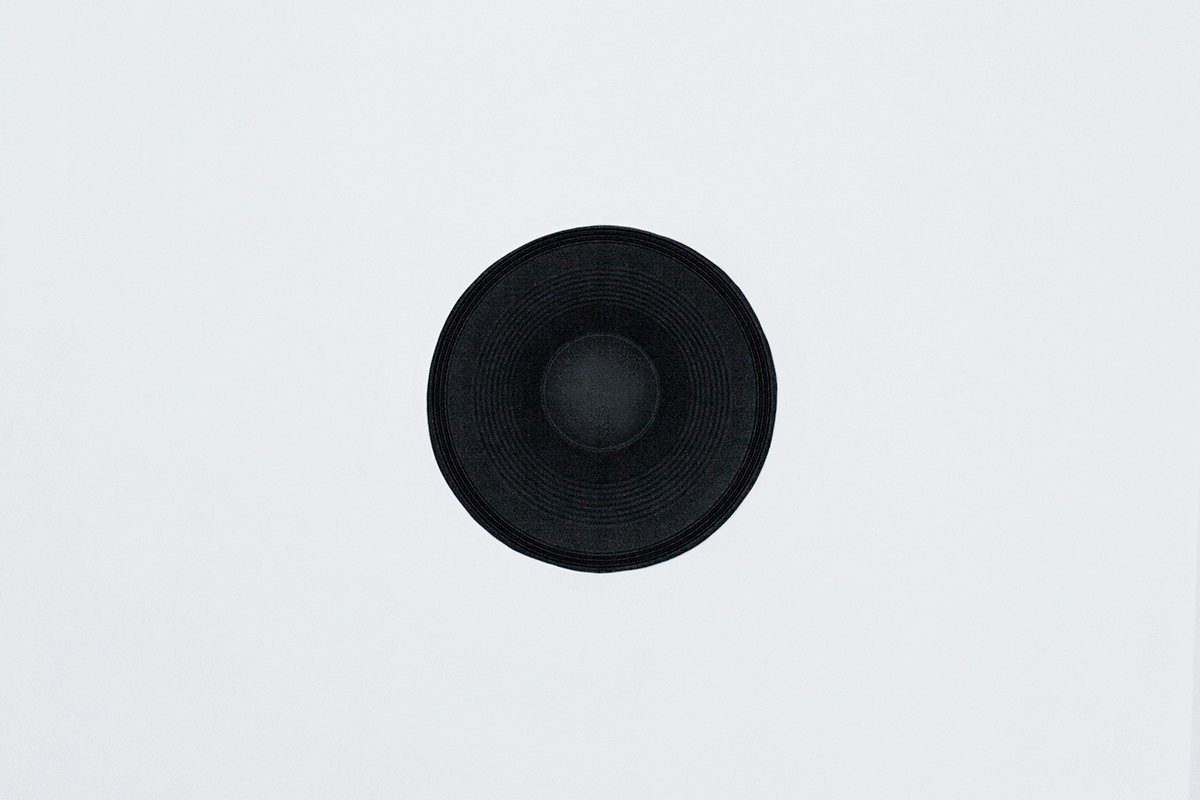